Over the years, I've acquired several guns. Most are average, run-of-the-mill, every day guns. A few, however, are very nice. Two, in particular, I really like. Both are Ansley H Fox shotguns. A 16 gauge and a 20 gauge. The 20 gauge was purchased during a time in my life when I had no adult supervision. The 16 gauge was purchased during a similar time.  I enjoy them both, but neither was made for me. I am 6'3", 230 pounds. The 20 gauge, I know, was made for a smaller person over 100 years ago. Although the stock is beautiful, It has been repaired several times. And the forend is in need of repair. The 16 gauge stock is not in need of repair, but, it is more than 3 inches too short for me- perhaps more.

After a plea online on the "bird dogs and fly fishing" Facebook site, a member told me about a gunstock manufacturer in Missouri. Actually, several members joined in and I got the names of several people. I chose this particular company after making several phone calls. Set in the rolling hills south of Warsaw, Missouri, this 80-year-old company is somewhat hard to find. But after a few U-turns and one flyby, I managed to pull up to the shop door and meet Brian. I was very impressed. After a thorough tour, I left my two favorite shotguns behind! Two new gunstocks front to back, one from English Walnut and one from European Walnut, wood grains and patterns chosen by me, are on the way! I can't wait for the day I pick them up.

Stay tuned, and when I get the finished product, I will have pictures and names and addresses. 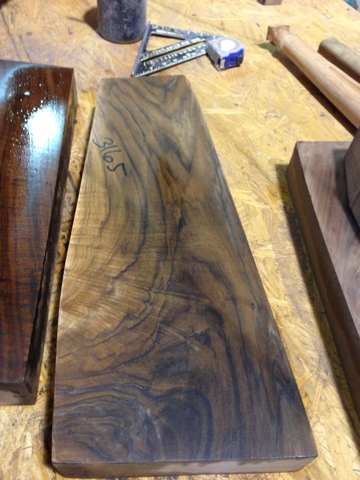 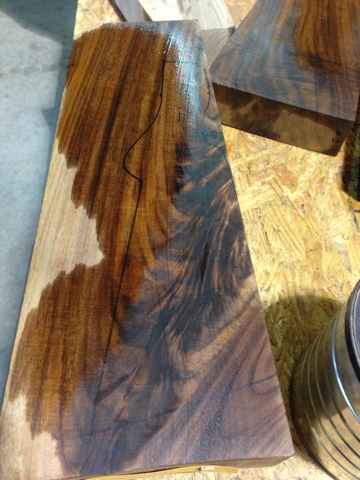 Posted by A Bird Hunter's Thoughts at 5:40 AM