After the Beast is cleaned out, the photos are collated, the truck vault is re-organized and the weather begins to moderate, I usually look around and notice all the seasons are closed!  Year after year, it takes me by surprise. At that point, I will retreat to my fall back position and enter field trials. My venue of choice is NSTRA, for many reasons, but mainly because that's what I started doing in 1992, and that's what I know. There are other formats out there. One of them is right for you.

On the site of the largest gold mining operation in Georgia, not far from the Old Federal Road and the Trail of Tears, the Gold and Grass Farm of the Garrett family is perfectly situated for hosting a NSTRA field trial.  Two good sized fields and one large field for the final hour were in excellent condition.  The final hour field was un-touched, with no dogs or practice allowed.

R.B. and Gary Garrett (the President and VP of the Region) graciously opened their farm to the Region a few years ago for a field trial.  And, like poor relatives, we haven’t left yet. Once we saw the setup, we shamelessly begged and pleaded for more amenities. Gary built a clubhouse, hookups, and gallery warm-up areas.  He drew the line at the swimming pool, restaurant and theater- much to the grumbling of the Setter crowd.  No matter, as they soon forgot that issue in an argument over which Pinot Grigio complemented which Brie!

Roll call produced 36 eligible dogs for Saturday’s cut.  With plenty of daylight to play with, we opted for an 18 brace, one field event.  Judges Steve Jaspering (Mid-South Region) andWesley Downs (Alabama Region) with Bird Planter Chuck Tash(Mid-South Region) did an excellent job!  They kept us on the straight and narrow.  Bodie Ray as the Field Marshal briefed every brace in the blind.  The weather was cool to warm to downright hot, for a bit, on Saturday as the field was whittled down to only 16 dogs.  There were some notable cuts that Saturday and some head scratching as the results came in.  Dogs that performed so well all year long had a bad run, or a tough break.  But, that’s trialing.

Saturday night, over thick, grilled steaks and lots of laughs, we got down to some serious business as we hoodwinked,  I meanelected, more people to serve as officers of the Region.  R.B. and Gary agreed to stay as Pres. and VP. Brenda Keck will take over as Sec/Treasurer and Gerald Pannel will be our new webmaster (after a 20 year stint by Randy Schultz).

Sunday started with rain and cool wind, what a contrast to Saturday! We began with 8 braces and cut down to the top 6 dogs. At the end of that, the top 6 were: Sadie/Howard, Hawk/Thornton, Snicker Pritchett, Skeeter/Koon, Ace/Schultz,Abby/Harrell.  Once more, we ran three more braces to determine the top 2 dogs by points.

Snicker/Pritchett and Sadie/Howard went in to the Final Hour after a short rest.  There was a lot of experience in both dogs and handlers here. Gene Pritchett, sometimes known as the Gator Man, has been all over NSTRA with Snicker winning and making friends.  Keith Howard’s been winning in NSTRA for over 20 years with many dogs, including several Georgia Region Championships.  This wasn’t the first rodeo for either one of these handlers and we settled in for some great action.  The field sloped up from the gallery, so we could see a majority of it.  The trucks were lined up in front of an old building (built around thetime of the war of northern aggression) that served as a Post Office, hotel and office for the gold mine whose shafts ran underneath the field in front of us. The skies were clear and the cool wind made for a comfortable day.


Off the line, the dogs were primed and ready to go.  In 30 minutes, 8 birds were on the card.  In 45 minutes, 9 birds.  When time was called, Snicker had 5/5 and Sadie 4/4.  A careful check of the records indicated Snicker did not have a back during the trial!  A “backing situation” was carefully setup as the tension mounted.  Snicker is an outstanding dog.  He is not known as an outstanding backing dog.  But, that day, on top of an old, flooded gold mine in north Georgia, the 10 year old GSP eased himself in to a back that was not pretty- but, it was good enough, nonetheless.

We give a special “Thank You” to R.B. and Gary Garrett for the use of their historic farm, for the cooks and helpers and all the people who worked behind the scenes to make this great event happen.  Thanks, especially to Purina, Garmin and Owens for their continued support of our favorite sport.
Posted by A Bird Hunter's Thoughts at 4:08 AM

What Makes a Bird Hunter?


I learned from my wife, over lunch, that a friend I hunted with years ago has "given up bird dogs and bird hunting altogether" and now plays golf.  GOLF?! Really?  Immediately, I wondered if I could ever give up my dogs and bird hunting...there is no way this side of heaven I would willingly do that! Then, I began to ponder the question, What makes the bird hunter?  Or, more specifically, what makes the REAL bird hunter.  I guess I would need to define what that is (and that's the fly in the ointment).  I know what it isn't.

It's not about the killing.  I've never had an unsuccessful day in the field.  Not once in over 24 years of traveling and hunting birds in this country have I been less than successful when the boots hit the ground.  If that phrase confuses you, think about it.  What defines success for you?  Birds in the bag?  Is that the measure? Killing birds as an end result of working with my dogs as a team makes for a great finish.  But that is by no way the measure of success!  Watching a pup quarter and think and work with me as a teammate in the heat or snow or thick woods, even without a point- that's success.  Having two mature, bird finding machines work their hearts out in cactus and scree chasing Gambels with no luck, but refusing to quit- that's a good day! And, please don't misunderstand, walking with one dog and pointing 16 coveys in 6 hours for a limit of Bobs in the hilly Texas panhandle land is a successful day as well.

The guys I see quit and walk away would only ever talk about the 16 covey day.  They are "counters", I call them.  It is still a competition to them. They are the guys that want to know "How many did you kill?" when they see me after a trip. It doesn't surprise me when I hear these individuals are now hunting the fairways....

I've read so much really good stuff over the years.  Classics that we all have on our shelves, and I have my favorites along with everyone else.  There are new guys writing now- real writers- guys that can turn a phrase and make it dance.  I've blogged about a few.  Their stories are the kind that stick with you and come back over and again.  The pictures from the stories are vivid, which is a neat trick, since there were no pictures in the books.  These authors are bird hunters.  They aren't counters.  I think they absorb the day, weather, the sun, the wind.....the vibes...and they can morph that in to words and manage to string it into a coherent sentence.  Something I will never do.  Doug Deats' book left me pondering more than once in that regard, just as an example. I thought about writing once.  But, I had a serendipitous encounter with a real author and wordsmith.  What I gained from that was a sense of perspective.  I'll stick to the storytelling.

What makes a Bird Hunter?  I guess I know when I see one.  I hunt with a bunch of them.  I can guarantee you they won't sell off their dogs and go play golf.  They may sell off their kids, but not their dogs! (I still don't get the golf thing!  Golf?  I don't even like pastels!) I know these guys will be at it long after their legs have given up and the lungs are shot.  The most heartbreaking moment for any of them will be when they realize they won't be able to take the old boy out this year (I almost couldn't type that one!).  Shades of Jenny Willow.

Well, that time isn't here for me.  And, God willing, it won't be here for a long while.  Keep your eyes open for the real Bird Hunters out there.  Raise the young ones up to be ethical men and women in the field.  Start a new pup when your youngest hits 5.  Leave the gates like you found them.  And, try to be the man (or woman) your dog thinks you are.

A Good, Worthwhile Charity Worthy of Your Money. 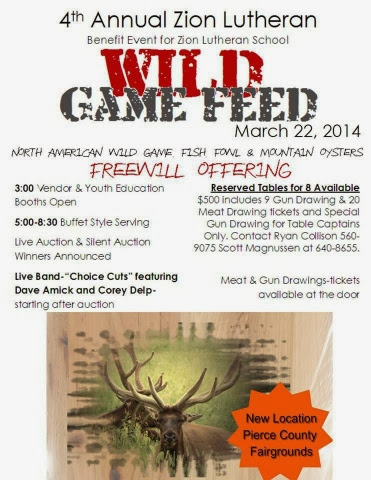 Posted by A Bird Hunter's Thoughts at 6:52 AM