On the way to Idaho! 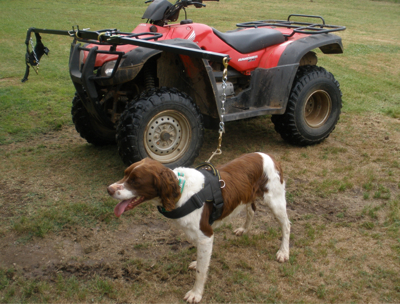 Ace is thrilled with the new rig. This sure beats the old iron bar and rubber bungee cord!
Posted by A Bird Hunter's Thoughts at 7:05 AM 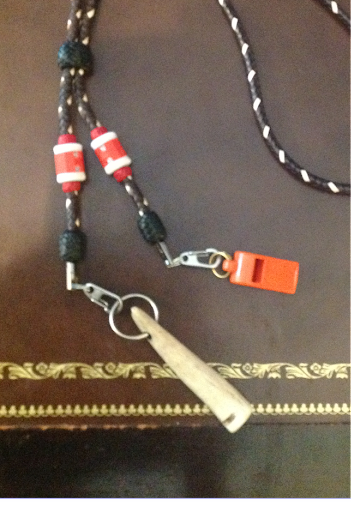 Bob made me lanyard last summer and even patterned it after the color of my Brittanies. But, through the season, I found I really missed the counters like I had on my old lanyard. One call to Bob and he says, "No problem!". Voila! My new and improved Kangaroo leather, custom lanyard
Posted by A Bird Hunter's Thoughts at 7:52 AM 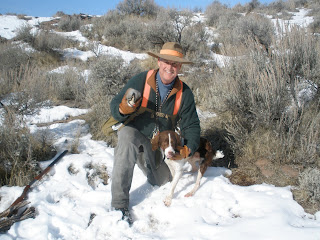 I did two things this week, with my dogs, that I've never done before.

First, I took them in to have their teeth cleaned.  Up until this year, I never heard of such a thing! But, after several conversations with vet friends, it turns out bad teeth are a concern in older dogs due to poor maintenance throughout their lives.  Our Westie passed away last year and the vet who euthanized her later mentioned to me he noticed her teeth were very bad and would have caused major problems (of course, if it hadn't been for the cancer!).  I took my two male Brits in and had their teeth cleaned.  They sedate the dog, then clean the scale and polish the teeth.  It did wonders for their breath, too.  I'm not sure there is anything that can be done with active bird dogs to ensure it won't build up again.  With house dogs, brushing and additive to the water will help.  But, I'm glad it is done and suspect this will be an annual thing. 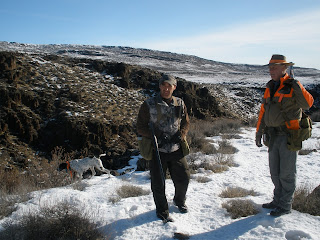 Second, I gave them an injection that will cover heartworms for six months. I'm pretty sure heartworms are everywhere, but here, in the southland, they are a real problem.  Every month, year round, I give them some form of ivermectin.  For years, I bought it at the feed store and measured out the appropriate dose and squirted it down their throats.  That was the cheapest way to administer and I never had a problem.  Then, I converted over to heartgard and had to rob a bank every month. I was about to go back to the feed store when I heard about the 6 mos. shot.  My two Brit pups are on it now.  My main dog, Ace, is still on the chewable since there is a 7 year old dog limit on the shots and he just turned 7 this month.  I'm not sure where my vet got that information, since I couldn't find it in the literature, but I wasn't going to take any chances with the "franchise".

Anyone have any comments on either of my adventures?

Posted by A Bird Hunter's Thoughts at 9:32 AM

This is Bob Welsh and me hunting Valley Quail in Idaho January 2012. We are both wearing the WingWorks vest. After a full year of traveling and hunting around the country, I can easily say this is the finest vest I've ever worn for serious bird hunting. Plenty of storage, water capacity, secure pockets and designed for use with the electronics many of us use. The new Astro holder is a perfect solution to carrying and using the handheld unit.  I broke down and ordered the camera holder, too, since my various hunting partners all chided me exposing the camera to the elements all day.  This is a durable tool for the bird hunter. It may not be suitable for the hunting done by jumping in and out of the truck many times a day. For that, the Filson strap vest may be more appropriate. I did notice over the season that Chukar hunters love this vest. And that, my friends, is one heck of an endorsement! Those purists (some would say..fanatics) don't use anything that will drag them down or slow them up in their search for the red-legged demon. I hope to consider myself a Chukar hunter some day, but as for now I'm not, merely a wannabe.  My vest hunted 7 states over the season and should last me through my last day.

Posted by A Bird Hunter's Thoughts at 6:46 AM