Great tasting, Keto, light, nutritious, filling.  I eat these for lunch in the field. They make great tailgate lunches (or breakfast/dinners, too.). 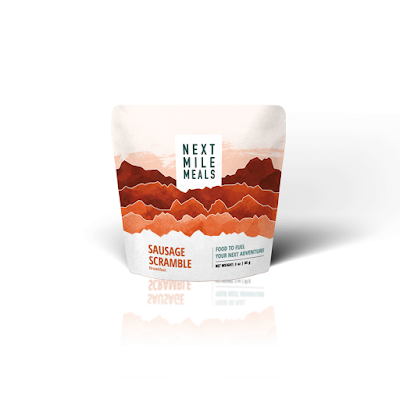 
We parked where we always park.  A mile from the ranch house, across the dirt road, in a little flat, grassy spot with a short tree line on the east side, and grassy hills on the west side. We had shelter from the wind on west, and shelter from the morning sun on the east.  To the south, across a barbed wire fence, a small valley ran south for a while then split up once, twice, then petered out on the hills.  I am a creature of habit.  If something works, I don't try to fix it.  This spot worked.  It had for 10+ years.  I was good with it.

I let the dogs out, one at a time, to avoid the classic goat-rope.  Finally, after 4 disappointed looks and borderline insubordination from the big boys as I crated them, I let Pearl out of her box.  She looked at me, the land, the crated dogs and her chest poked out, her ears opened, her little brown stubby tail stuck straight up, and she looked me in the eye.  "I'll find them, if they're here, Boss!  Just put the GPS on me, because I might be out of sight a bit in those hills.  You can count on me, because I'm the best you got!"  (The modesty gene was apparently omitted in this breeding.)


I instrumented her on the tailgate, gave her some water, checked her paws, and said "OK!"- off she went.  I grabbed my gun and headed to the  south and the little valley where we'd found hundreds of Sharpies and Huns over the years.  I crossed the fence, and took a peek to see if she was in sight.  Gone already, but that was to be expected.  Her pager went off.  That wasn't expected! I grabbed the handheld expecting her ahead of me a few hundred yards.  What?  She was back by the truck- maybe 30 yards west, in the grass leading up to a big hill.  I turned around and looked for her, and saw her stubby little tail standing tall in the light brown grass. suddenly she moved and worked her way towards the road, then down along the road out of sight around the hill.

I jumped the fence and hurried after her, just as the pager went off again.  I rounded the hill and saw her locked up on a big patch of sage, in the tall brown grass, about 30 yards off the road. Good spot.  Birds  like to come down to get gravel, and then roost in shrubs by the road.  This would be good! She was solid.  Intense. She sure had my motor running.  I kicked the shrubs and got nothing.  Her eyes came up to mine, and I told her, "OK".

Pearl on the retrieve.

Her head went down, her motion was quick, short bursts and her body followed her head followed her nose.  The scent wasn't that old, almost surely this morning.  The birds were here.  The birds are here.  She worked her way away from the road, up the hill side, slowing on concentrations of scent, but discerning that the birds had moved on. Over the top she went, and my tired legs worked their way to the top.  Once again, the pager went off.  As I crested the hill, she was facing me, about 40 yards away.  We had them trapped between us.  I grabbed my camera and took a photo, stored it, and got ready.  I strode right at her as a single Sharpie got up about 10 yards in front of her.  I fired and rocked it.  I knew it was hit, but it flew like it wasn't.  Pearl broke on the shot, and went after the bird.  The bird flew out of sight, across the fence, along the road with a brown little dot chasing along behind.  I knew she'd be back soon, so I grabbed my camera again, and waited for her.  A minute or so later, I saw her headed down then up a coulee, on her way back to me.  Direct line.  Also, she had that funny gate dogs get when they have a bird in their mouth.  It was too far away to see the bird, but I was sure she had it.  I started the video rolling to get this.  Sure enough, she put a dead sharpie in my hand, then laid down to catch her breath.

A long drink from the water bottles, and she was off again, this time with long, fast, swooping runs crossing in front of me as I walked in to the wind.  She dropped off into a small, brush choked ditch and didn't come out the other side.  Her pager started beeping, and I hustled to the edge of the ditch.  I took a couple steps down to the brushy bottom, when a bird blew out and got a taste of 6's from my everyday SKB Model 100 20 ga.  The retrieve was perfect to hand, and I complimented her.

We had two in the bag now.  Four is the limit on Sharps, and I had other dogs to run.  So, I turned her loose and got the camera out, ready for some action.  Once again, she started into the wind with long, swooping casts, as we moved along the top of the hills.  Finally, she turned, her head dropped, her tail started wagging so fast it was a blur, and I knew she had fresh scent.  I watched closely as she moved, corrected, moved again, and finally locked up, tall and proud.  I took a video as I walked to  her.  The covey got up, about 10 birds, and flew down the hill toward the truck. As they got up, she gave chase.  A toot on the whistle and she turned back to me, and some water.

We had ourselves a little love fest in the grass, on top of the hill, as I told her how wonderful she was.  My little Pearlie-girl.  She brings a smile to my face every time.
Posted by A Bird Hunter's Thoughts at 11:21 AM