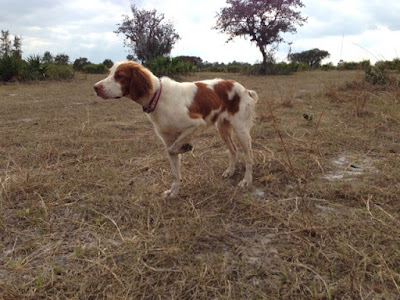 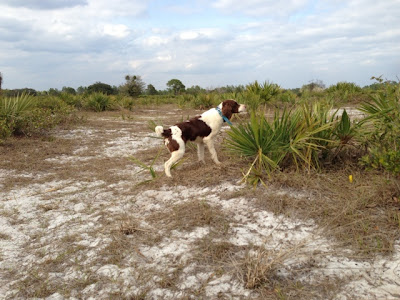 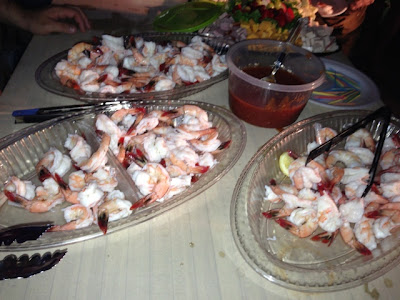 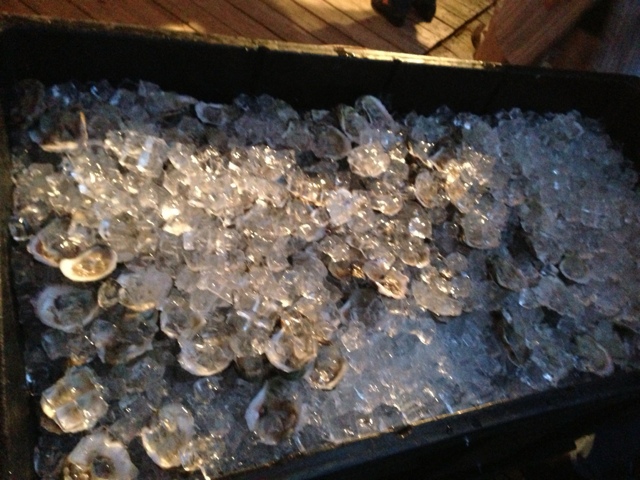 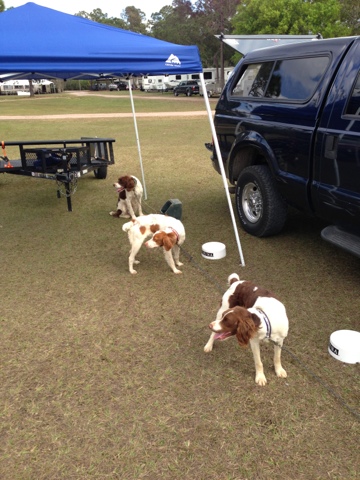 After all the dust settles from the hunting season, it's very hard to just put the dogs up and dream of next year. That's where field trials come in. My field trial of choice is NSTRA (National Shoot to Retrieve Association). It is exactly what the name implies. Originally intended to replicate hunting, it's been smoothed and regulated to a competition similar to hunting. It is nationwide and a barrel of fun. You need a registered pointing breed that will point, back and retrieve.

This trial is one of the national trials, of which there are five. Each region of the country puts on their own local trials, too. There is a National Championship and a method to gain a championship on your dog. Give them a look: www.nstra.org.
Posted by A Bird Hunter's Thoughts at 6:12 AM

Parasites, Worms and other bad things

Cockpit View of the Crossing

We really put the diesel beast through it's paces this trip.  The 5000 miles in two weeks was plenty, but then a friend told us  if we wanted to hunt the secret spots, we would need to drive some rough areas. At first, I'm thinking "No big deal."  Then, things got progressively worse with sand, tight turns over rocks, and steep climbs up shale and gravel inclines linked with tight turns over washed out roads and ditches.  Other than that, it was a piece of cake.

The trailer absorbed most of the abuse, but there was some damage.  I am so glad Jones went with the extra strong hitch on their trailers.  We both agreed a lighter hitch would have never taken the damage.  The jack took a major hit, with a bent foot plate and it will not jack up or down now. It will fold down, however,  and I can lift the trailer off and it can set on the lowered jack just fine.  Replacement on the way for that.

If I lived in the desert Southwest, I would not have a long wheelbase truck. Probably, I would stick with a short wheelbase F-150 or similar truck.  That would make the off-road stuff much easier.

The other piece of equipment I picked up is an emergency battery.  This thing is fully charged and has ports for 120V, 12V, and even a USB port for charging your cell phone.  In addition to that, it has a compressor and air line integral to the unit, good to 125 psi! To top it off, it has mega starting power for your truck, if the battery fails, in lieu of a jump start from another vehicle. I got this one at Walmart for about $100.  After seeing the one Bob had in his truck, I knew I would not be going back in to the desert without one.

One more interesting piece of equipment came from REI.  It is a solar-charged battery that will charge your cell phone or anything else. Unfortunately, it will not work with my iPad or iPhone (purchased before I owned said items), but will work OK on Android phones.
Posted by A Bird Hunter's Thoughts at 10:12 AM