You know, every trip is different, and they are all the same. I have indelible memories that will be with me forever, or until my hard drive crashes, and I still value pictures. Each one brings back sounds, smells, temperatures, wind, and impressions. Such as, Skunk wrapped around herself, with Ruby backing, on her first Gambles quail across the river from Truth or Consequences, NM. Cap standing tall and tense on a Gambels in Arizona. Ace working a covey of Blues in the desert near Halfway, NM. Ug locked down on Blues from the same covey as we battled 50 mph winds and a sandstorm.

And the people: All the friends we met again or met for the first time. Tim Bartlett in Hobbs, NM, John Ashbaugh in Truth or Consequences, NM, the ladies at the Patio Cafe in Oracle, AZ (best Portabella Mushroom Sandwich in America), and two fine, young men who stopped and told us of a forever-secret valley that held covey after covey of those little devil birds, Gambels quail.

I fondly remember humping steep, tree covered hills and encountering my first Mearns quail. All the dogs pointed while we were yacking and huffing and the covey coming right over the top of us!! One little rooster didn't quite make it by.

The land was amazing..dry and harsh, then mountains, and huge trees, then White Sands Missle Range and more mountains. John took us to a secret valley that held some 60 bird coveys of Gambels and on the way Ruby pointed a nice little Scaled quail and made a perfect retrieve to hand. I took the diesel beast up steep hard scrabble roads, through rivers and over steep dips I would have never done on my own. But, I couldn't turn around and the only way home was straight ahead. I'm smiling now, but I was nervous as a pointed quail when it was happening.

It was an awesome trip! I called my wife midway through and thanked her for understanding. Somehow, she knows me and let's me wander around doing this many weeks every year. She says she can tell by my demeanor when hunting season is close and she knows it's an important part of who I am. Thank God for an understanding wife! A wise man said happiness is mostly about marrying well. Amen to that. 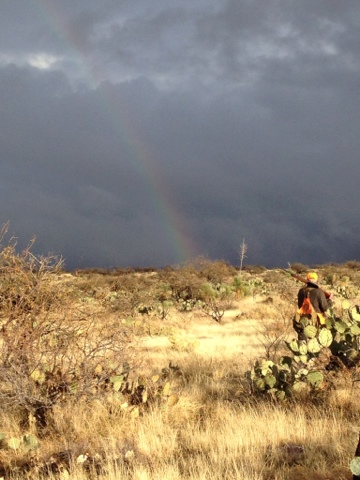 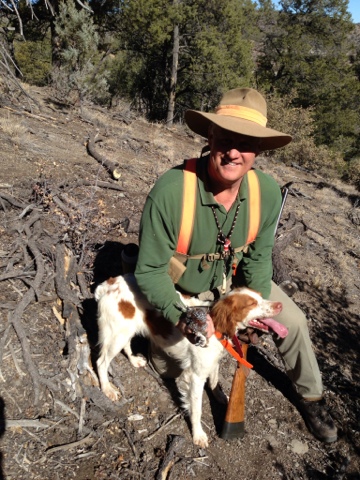 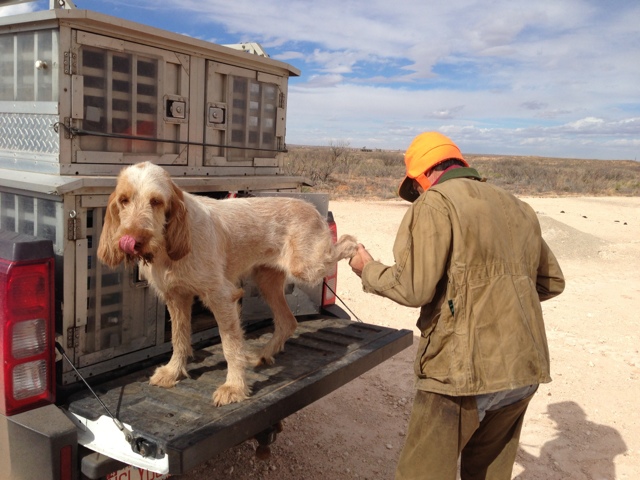 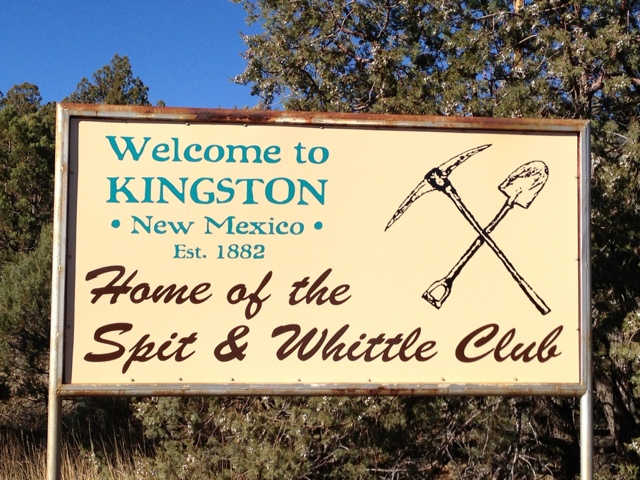 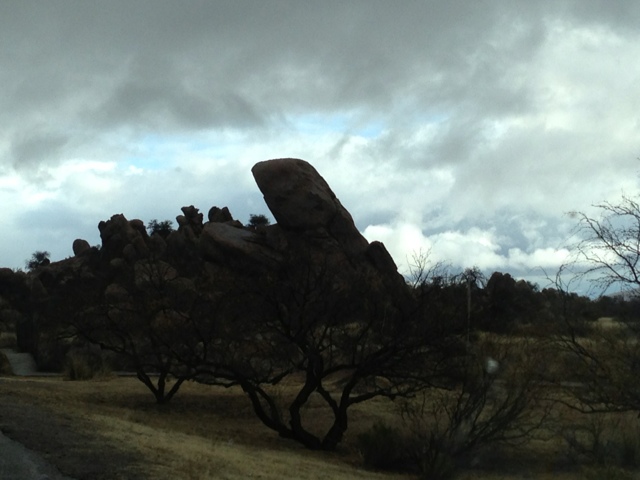 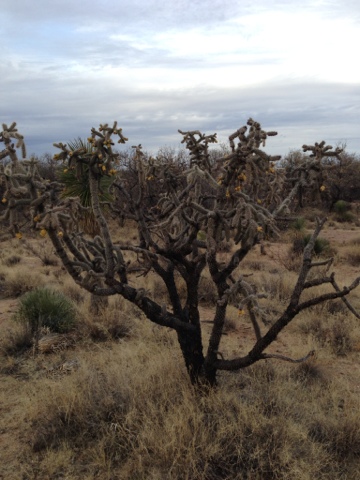 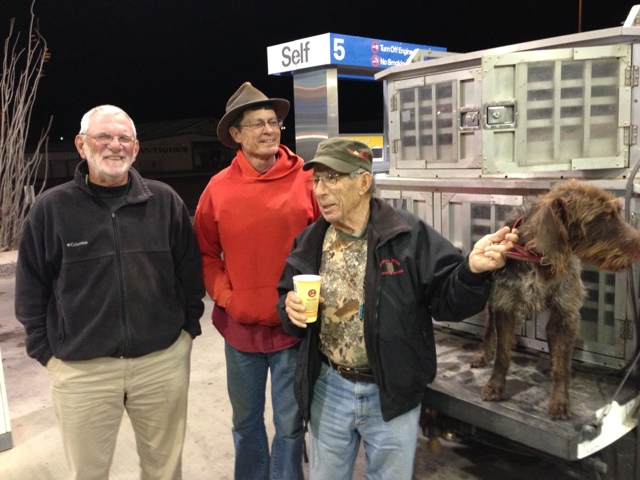 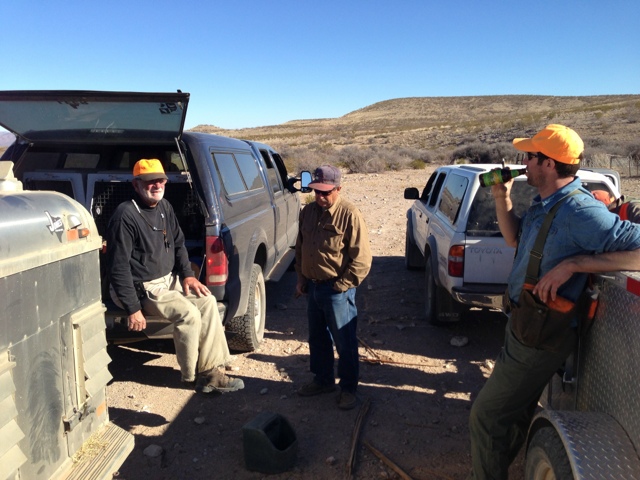 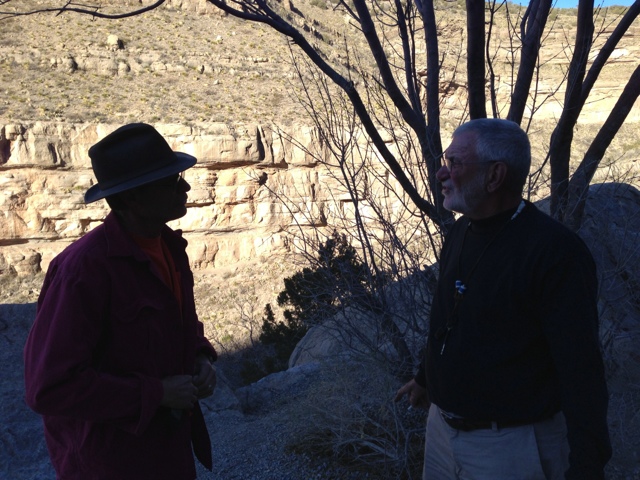 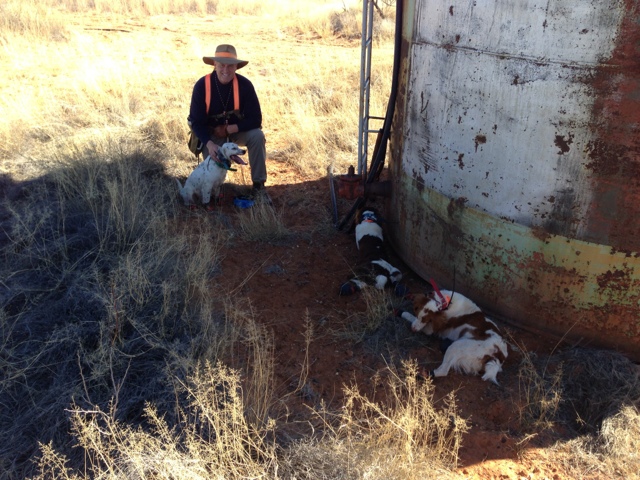 Posted by A Bird Hunter's Thoughts at 6:17 PM