After all the preparation, and all the careful planning, the time finally arrives. You aren't in that groove yet. Collars are misplaced, whistles are not to be found, "Why can I only find three dog boots?" We have all been there and luckily it gets better.

Our first day found us in an area we hunted many times before. Bob, and his Spinone, Sophie, came along with me and Glen's pup, Bandit. We struck out that morning in an area that was absolutely wonderful for the last two years. Ace and Ruby were resting after a three-hour non-productive cast in the heat.

10 minutes after I turned Bandit loose, he found a water barrel with a dead skunk in it. By the time I arrived, he was happily swimming and drinking. That was some nasty water. I got him out right away and gave him some freshwater. Dogs!

We walked about 3 miles with the dogs working hard in 80° heat, when they both got very birdy in the alfalfa field. A few minutes later, they started coming up. They came out of the alfalfa, out of the tops of the trees, and out of the shaded ditches. It was really nice.

Someone asked me about the dirt roads up here. Yep, we got them. 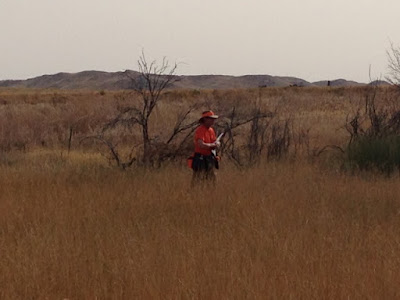 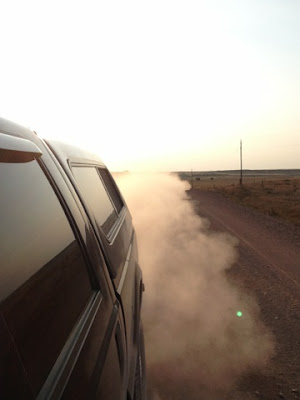 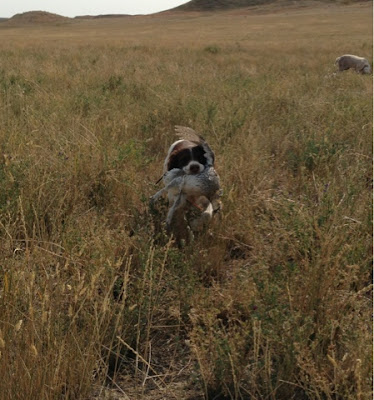 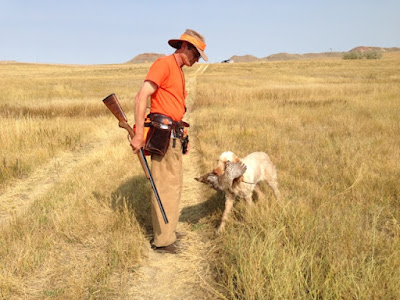