Today, Cap put it all together and really showed his stuff! After a fine point on a covey of eight, he held solid while I dropped one bird and sent him on the "fetch". Two good retrieves later and three more finds and he became a DOG. So proud of the little guy! He is an Ace mini-me, which pretty well answers the question about breeding Ace again in the Spring. (To Ruby) 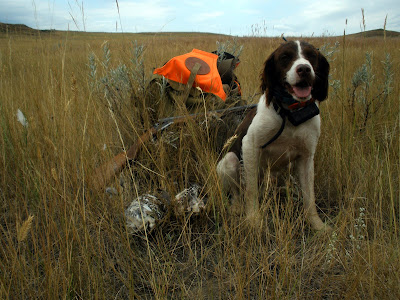 Posted by A Bird Hunter's Thoughts at 1:49 PM