As I walk out the side door of the house, down the 4 steps to the sidewalk, I reach up and grab a few bronze muscadines from the arbor covering this portion of the sidewalk.  We planted these vines 23 years ago, when we bought the house.  I planted one vine of traditional black muscadine grapes up one support post of the arbor, and one vine of a hybrid bronze muscadine grape up another post.  They've been competing with each other all that time.  I think the hybrid is winning, which is an unexpected surprise. 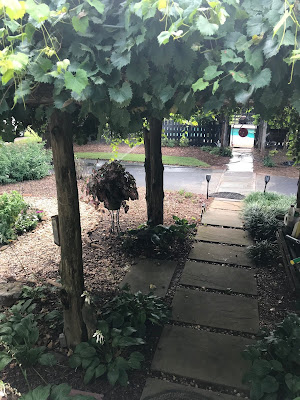 I smile as I pop the juicy grape in my mouth.  This is one more milestone, one more marker, on the way to the magic departure date for the first day of bird season.  The markers are all through the year, starting with the daffodils in the Spring, which is technically still during last season- it closes end of February. 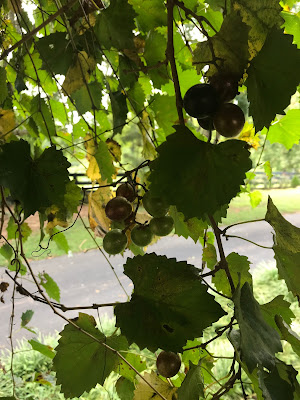 They are actually Narcissus. We have two bunches in our front pasture that mark the site of the original home-site here.  They are just far enough from the old hand-dug well I filled in to make room for a rectangular  sharecropper's cabin.  The records from the area mark the family the road is named for all the way to the late 1700's.  I like to think these Narcissus are hundreds of years old. Probably not, but who's to say.  Hunting around here, in the South, the yellow blooms are conspicuous around old home sites, now just tracts of timber company land supporting row upon row of planted pines. They're easy to see in the dull gray woods of February.  I imagine they brightened the day for many a woman to see the bright yellow in the cold February sun. 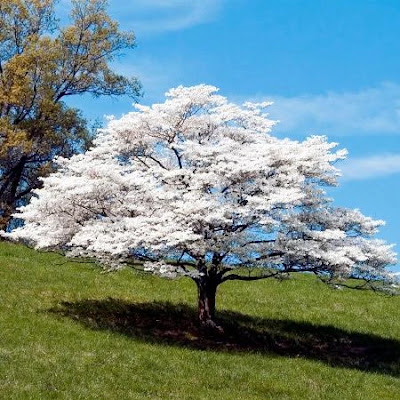 Then come the Dogwoods!  Bright white blooms that reflect the warm Spring sun with a glare fill the tree!  They don't grow big, but they spread out with their blooms.  Man has engineered a pink color, as well, but I'm not as fond of that.  Dogwood season in Atlanta is the 1st of April.  "C'mon down y'all!" 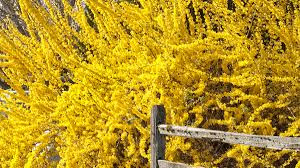 Forsythia and Azaleas show up just in time for the Masters.  The bright yellow Forsythia blooms show up on dead-looking stalks up against the fence lining the driveway.  Every year, I almost mow down the old stalks. When Spring arrives, I'm glad they survived the blades one more year.  The Azaleas mark the end of Spring.  Summer is coming! Azaleas line the Masters course.  If you need to ask what the Masters is..... 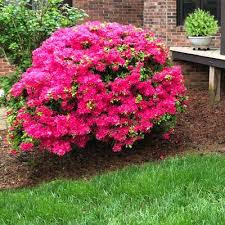 Next is the Pine Pollen.  Great waves of yellow smoke that come off the pollinating pine trees ubiquitous in the South. When I get rich, I will leave the South during pine pollen season.

The delicious Blackberry Season will arrive in deep summer.  Wild, deadly barbed, snake-harboring, ticky, blackberry vines are anywhere the ground has been disturbed.  Taking a bucket out to the local patch is always a great way to spend a morning or late afternoon, as well as to slash your legs and arms and feet.  No self-respecting Southern blackberry picker will launch out of the kitchen with other than shorts, t-shirt and flip-flops.  Hence the medical emergency. 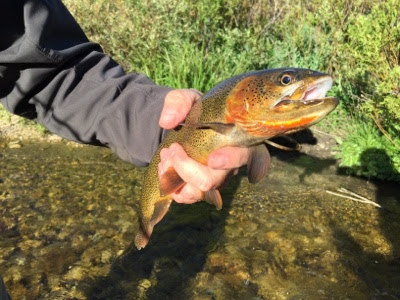 Finally, fishing season arrives.  Since, I decided to learn the manly art of fly-fishing, I practice all Spring at turning up my nose at "bait" fishermen, smirking at 1000mph Bass Boats, and (the WORST!) hooks with barbs!  Actually, the worst is when they message you and ask how that 21" Rainbow tasted!  Finally, July arrives, the snow melts in the Big Horns and Tetons, the blowouts have taken place, and it's time to fly out to the mountains and attempt to find a place to stay, or a car to rent, to enable you stand in a river with hundreds of other elite, upper crust, ethical, intelligentsia and attempt to catch a big trout in the most difficult way possible.  Ah, the ripple of the stream delights, as the black flies drain my blood.

Then, the Tulip Poplars, tall, spreading trees with tulip like flowers in the Spring, will begin to turn their leaves.  They are the first.  A harbinger of Fall.  Late August and early September, the months of the worst heat and the most anticipation. And then the last marker of all- the step out of the front door to feel the cool air and the barest hint of reduced humidity just after the violent weather cold front blasted through the area over the night. 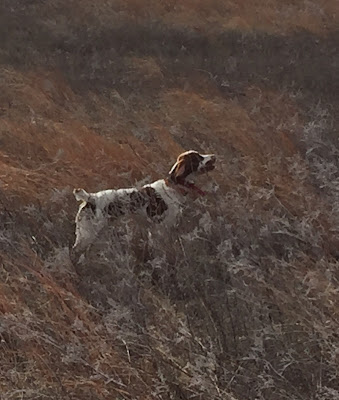 Once again, The Earth completed a one half rotation around the sun. It took six months, but finally arrived.  Blood quickens, senses sharpen, dogs dust themselves off, shake and pay closer attention as I gather the equipment necessary for the first trek of the year.  Finally, it's here.  Finally.

Posted by A Bird Hunter's Thoughts at 4:44 PM