Pearl is my little sweetheart.  She’s a liver colored, 35# (soaking wet) female Brit.  She and her litter-mate, Shack (orange/white male Brit) were from an awesome cross of my Ace dog and my Ruby female.  I really bred the litter in order to keep a female, by Ace, to breed in the future.  As luck would have it, Ruby whelped 11 puppies, all healthy and promising to be extremely good gun and trial dogs. With 11 pups on the ground, I chose Pearl as the female I would keep, because she was 1) aggressive and bossy, and 2) her coloration was different, with an all-brown head, I thought looked beautiful.  Also, I had an eye on an orange male, and I eventually kept them both.  As it turned out, I made the right decision.

This part of the Nebraska Grasslands is a great place to hunt.  It is  a Federal National Forest divided into pastures, each with a windmill on it.  I always thought that was funny, since, if you wanted to get under a tree for shade, you’d better bring one with you.  The water level is just below the surface, and the windmills are plentiful, so water isn’t a factor in this area.  Because cows are grazed in the various pastures, sand spurs are a problem and my dogs need boots every cast.  The rolling hills look just like waves in the ocean when seen from satellite, and that is really what they are- waves of sand driven by the near constant winds in the area.  The history of the area is fascinating. 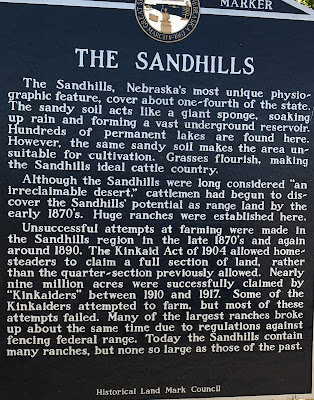 Fast forward 5 years to a Prairie Chicken hunt in the Grasslands. We pulled into an area I knew held Prairie Chickens.  It was warm and windy, with a glaring sun.  I decided to hunt Pearl.  It seemed the flashier and bolder dogs always got the call, but today was her day.  We booted up and I took a few steps south from the truck looking toward the top of windmill in the distance, and she took off.  She is a spry and quick dog, and fun to watch.  When she points, it is head high and tail high, a classic pose and very pretty to see.  As I loaded my gun and chose a path through the dunes, she disappeared over a tall dune in the distance.  I saw her run along the crest for a bit, and then dip down into the bottom again. She was in sight perhaps half the time.  Using the GPS tracker, I was unconcerned with her getting lost.  She was a very experienced girl, and I only used the tracker in order to be notified when she went on point.  After 20 minutes, her pager beeped.  She was 250 yards in front, not near a tank (for water), so I knew she was pointed.  I kicked in high gear and had to cross two high dunes to get to her.  Moving fast in the sandy soil is work, and after about half the distance, I was huffing and puffing and beginning to sweat. I kept my eye on the last ridge, hoping to see her pointed on this side, but she was on the other side on the downhill (south-facing) slope.  I glanced at the GPS again, then looked up to see 30 chickens fly off to the west from behind the last dune.  Right on their tail feathers was my little girl- baying like a coon dog!  I gave her the benefit of the doubt, assuming they had flushed on their own and she hadn’t pushed them up.  But, I wasn’t absolutely sure.

I toned her back into the county, and we took another tack to the west.  We were heading in the general direction of the flushing chickens, but I had no illusions they remained in the area.  She came in for some water, and we had a little chat about steadiness on point.  She rolled her eyes and said I was being overly dramatic.  Just be there next time I point, and you’ll bag one of these bad boys, she said. With that, she headed out again- full throttle, head up, searching for scent.  A short time later, during one of the rare times I actually saw her working, she was covering the near-side of a brush-covered dune, about 150 yards away.  I was admiring her movement and watching as she slowed down and retraced her steps, head down on the ground.  She was birdy.  The wind was in her face.  We were on the downwind side of the dune, and she was about halfway up, working just below a patch of low-growing, woody brush. She’d slowed down to almost a walk.  Her head was pointed up the dune, into the brush.  Suddenly, she froze.  Head high and her little tail sticking straight up.  There were birds in the brush, and I hustled down the face of one dune into the bottom before starting up the dune she was on.  I was walking fast, scanning the brush, looking for movement.  Suddenly motion caught my eye, and I saw that little Brit jump right in the middle of the brush patch! At least 20 Sharptail Grouse blew out of there.  She went after them, barking and baying like a Bassett after a rabbit.  My hand fingered the Alpha controller, as I pondered the best way to address this recent innovation in our bird hunting technique.  I was angry, miffed, concerned, livid, irate, and annoyed, but, above all, experienced enough to know that popping that little witch right now would not solve problem. I toned her back, once again, and headed for the nearest windmill for some water, and to give me some time to cool off. 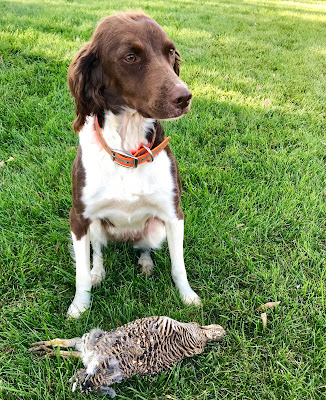 This time, there was no mistaking she was in some serious trouble.  Tone of voice, body language, and lack of affection, is as effective on her as a smack on the hindquarters with a pine top. We rested a while.  The whole time, she was trying to squirm her way into my lap, as I sat in the sand in the shade of the stock tank.  I just pushed her away, and regaled her with stories about the way her new owners would probably tie her to a tree in the back yard and feed her Ole Roy.

After cooling off a bit, we headed north.  She took one last dip in the tank and took off after me, passing by and getting in front.  I watched her as she cut the dunes across the wind, maximizing the effectiveness of her nose.  She seemed a little slower and more methodical, but it was probably my wishful imagination.  I was thoroughly disgusted with her, and me, as well.  I was questioning my training methods, my dog breeding, Pearl’s ability, and generally feeling pretty sorry for myself.  Up ahead, I’d see her come up out of a bottom, cross over a dune and head down the other side.  I was dreading her finding more birds, jumping in and flushing them and reinforcing her poor behavior.  After a while, I was pretty much mentally finished for the day.  I blew the whistle and headed for the truck.  She came in, took some water, and looked up at me with those bright eyes, happy tail wagging, ready to get back to the serious business of bird hunting. “Ok,” I said, “we are going to the truck.  Try to not flush every bird in the area! I still have few dogs that will act like real, pointing bird dogs and not flushers. I’d like to leave one or two birds for them.”

She took off ahead and dropped out of sight off the top of a dune. As I got to the top, I glanced ahead and saw the silver of the Beast about mile away.  It can’t get here too soon, I thought, just as the pager went off, once again.  I glanced at the screen and noted she was about 200 yards off to my right. Excitement kicked in and I took a hard right and stayed on the crest of the dune, walking as fast as safely possible.  I got to the end of the dune, started down, and saw her halfway up the next dune at the base of another bushy area.  “Oh, no!” I thought, “Here we go again.”  I actually slowed down at that point.  There was no sense in killing myself, just to have that raggedy-eared, stubby-tailed witch bust the birds up before I get there. I looked again, and she was still holding- taut and intense.  I gained some hope and began the ritual of approaching my dog on point- moving out to the left side, scanning the area for danger areas, dogs, hunters, checking my gun was loaded, noting the sun position, wind direction, and watching the area in front of her.  All the tension departed, as I moved into the low (shin high) brush, anticipating the flush.  I was past her now, and she was a brown and white statue- eating scent, eyes glazed over.  One more glance at her, and sensing the wind direction, and I knew where the birds were.  I took several rapid steps to them and two chickens blew out of the brush, heading up the dune.  The Fox was on my shoulder before I could register it, and the left bird dropped. I swung to the right-side bird, just as he banked right and dove over the dune-top and down the other side. (A maneuver I’d used back in the Navy, centuries ago.)  Pearl was on the dead bird like a shot, and brought it down the dune and put it in my hand.  I took it, admired the bird with her, gave her some water, praised her, and told her to go find the other one.  She took off to do just that. She found not only that chicken, but a Sharptail, too- all over solid points, with excellent retrieves.  By the time we made it back to the truck, the sun was close to the horizon, the temperature was dropping rapidly and we were both tired and happy.

My little Pearlie is my girl.  I do love that little dog.  She can be a handful, at times.  But, I’m lucky to have her.  She knows it, too.  I can only imagine what and when our next adventure will be.  When it does happen, I’m sure she’ll keep me guessing, as I promise her I’ll give her away for half a bag of Ole Roy if she doesn’t straighten up and fly right! 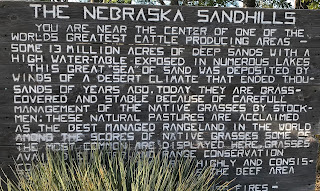 Posted by A Bird Hunter's Thoughts at 2:34 PM