After a week or so in Montana, I got the urge to visit my old haunts in Wisconsin.  Several years ago, we decided to move our Ruffed Grouse hunt from Wisconsin to Minnesota.  We found the same trails, terrain and streams along with fewer hunters and lots of birds.  A few years of that and I wondered how it was going back on the old trails that I'd been stomping for almost 20 years in Wisconsin.  I checked with the long-suffering spousal unit and offered that while on the drive back from Montana, I would stop in Wisconsin for a day or two.  Since it was on the way, anyway, I'd be working my way home.  She said, "Sure, Mighty White Hunter (her affectionate name for me), I'm certain you will tell me it's on a Great Circle Route direct to the farm!"  That sounded like permission to me. 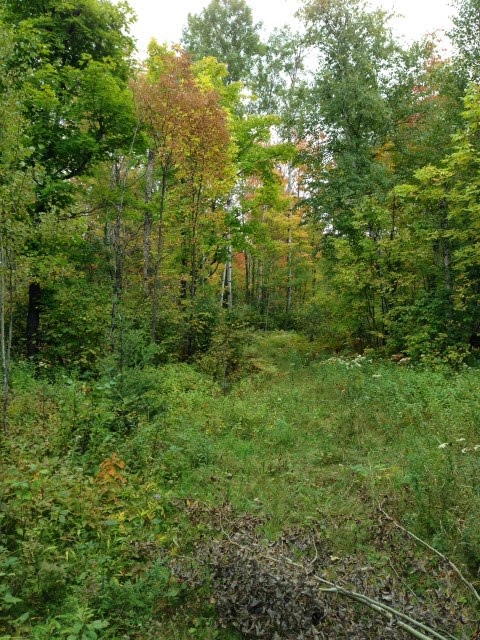 I drove to Phillips, WI, in the heart of Chequamegon National Forest and checked in to the Red Pines Lodge.  (A great place with several units and friendly owners and dog kennels for grouse hunters.)  The next morning was Opening Day for Ruffed Grouse.  I was eager and ready to go!  The dogs were rested and restless.  The older ones knew what was up.  This wasn't their first rodeo and they recognized the smells and the area.  The pups were excited, because they were pups. 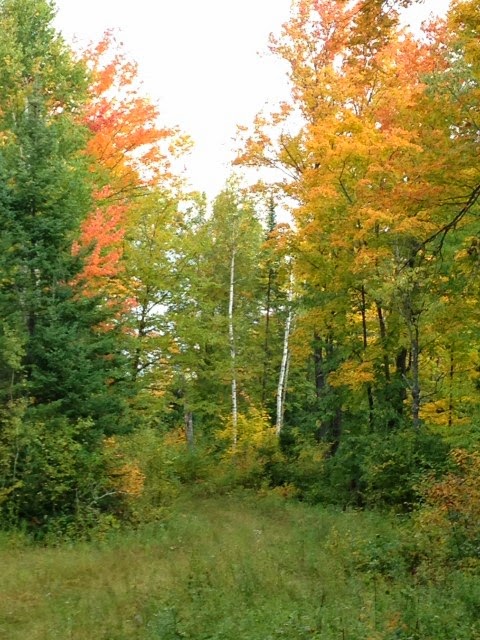 I went to my favorite Hunter Walking Trails and put out my experienced dogs.  The cool of the morning gave way to a warm and humid afternoon.  With that, the gnats and mosquitoes came out. 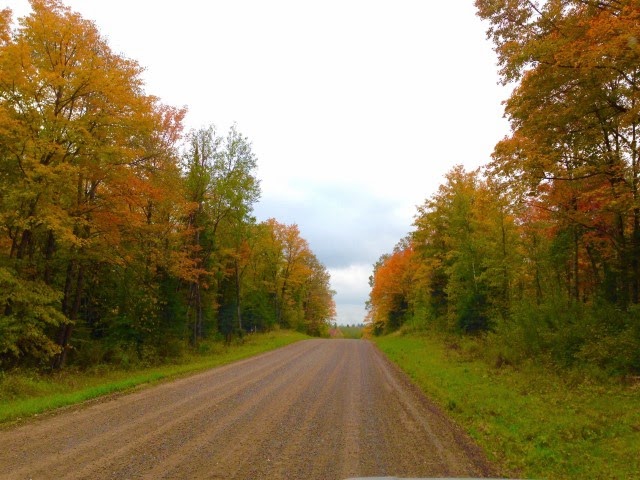 We worked along the trails and it was a thoroughly pleasant event.  We flushed several grouse along the trails, some over points and most not.  The most common scenario was this:  I would walk along the center of the 10' wide trails, gun ready, watching the dogs or where I thought the dogs were.  Occasionally, I would check the Alpha to make sure Ace or Cap didn't head out on a "walkabout".  (There are wolves in this area and an overnight bird dog could make a nice snack for the pack.  Check the Wisconsin DNR website for information.)   After a bit, just when I would be admiring the leaves, or planning another trip, or remembering a fine point from the past, a thundering roar would erupt from the side of the trail! I would swing and mount the gun just in time to see a brown or gray blur flitting through the thick leaves, on its way to safety.  Ruffs don't give you much of a shot on a good day, but with the leaves still up, that window of opportunity is shorter still. 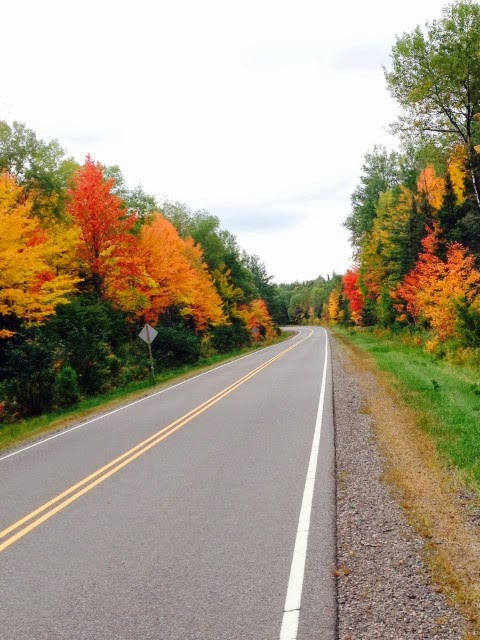 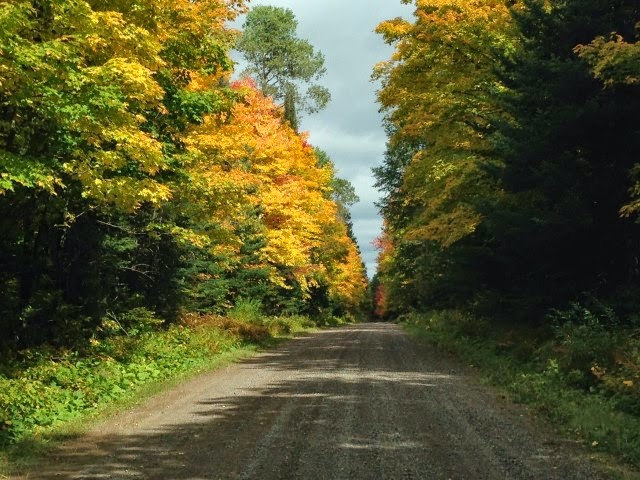 Sometimes, the bird would fly right at me and I would spin around for the going away shot.  By the time I turned and got settled, I would see the tail feathers disappear into a green and orange wood line followed closely by #6 shot. A miss!  Again.  19 flushes in three days.  12 pointed, 8 shot at, none in the bag. 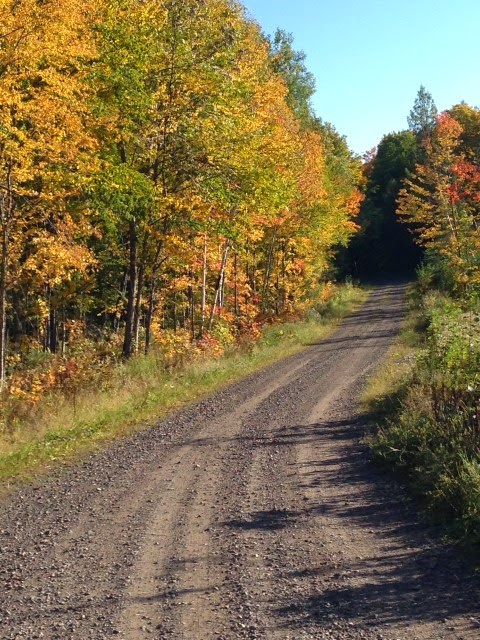 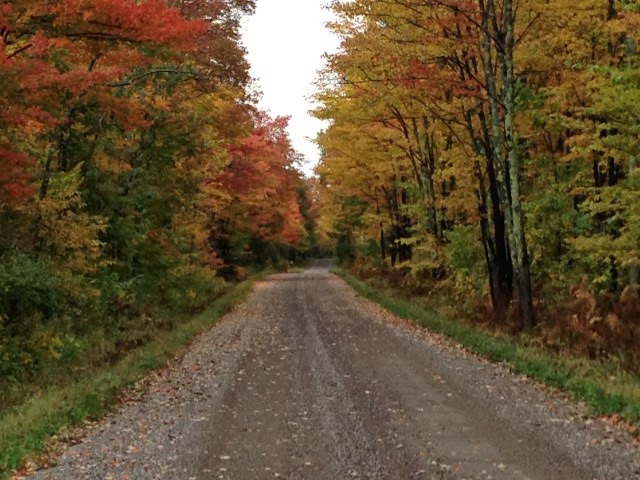 Usually, the conventional wisdom is to arrive the second week of October.  The leaves are thinning by then and sometimes they're even down. It makes a big difference when tracking a Ruff, knowing you might have another half second! 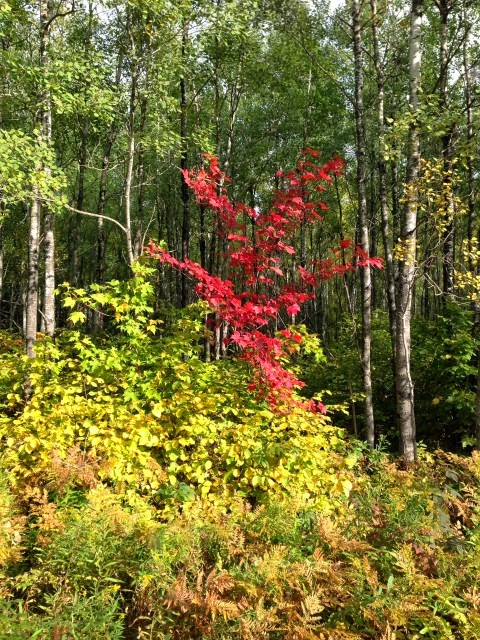 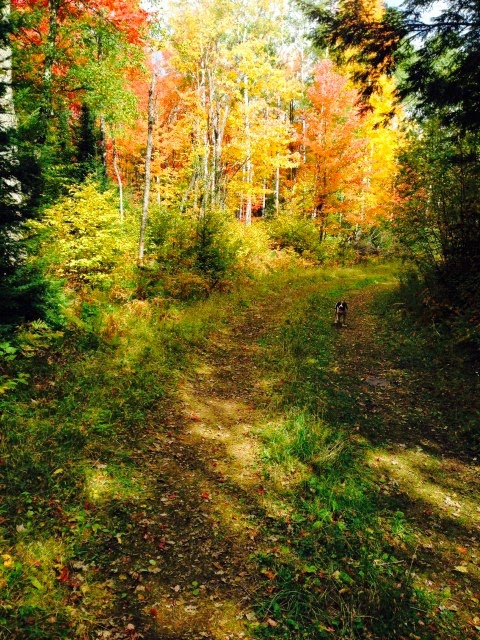 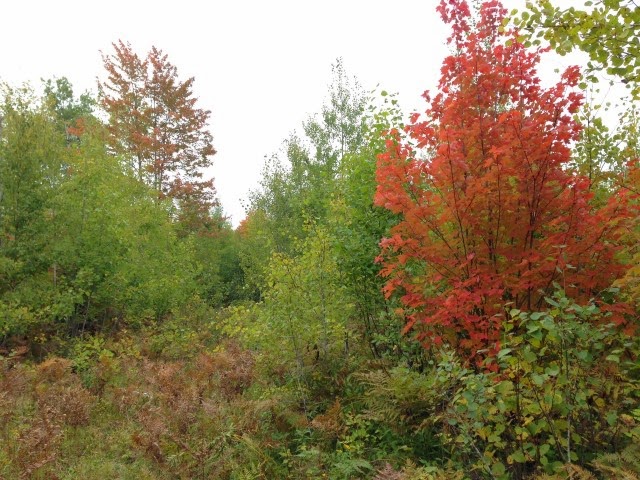 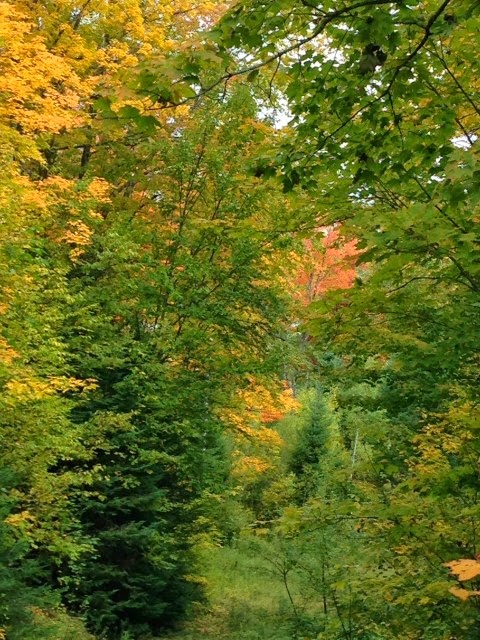 Some lessons learned: Breakfast at any cafe is suitable and there are three or four on Main St. in Phillips.  I ate lunch in the woods, usually a sandwich from the local Capps grocery store.  Dinner is problematic- usually the restaurants are secondary to the bars with small salad bars and fried everything else.  Cheese is King and beer is the Queen in the Great Northwoods. Park Falls has a nice family restaurant with good meals throughout the day- an easy drive from Phillips.  Don't lose your dog!  The wolf population is real and is growing- even in Minnesota.  Early in the season, shoot bigger shot.  I shoot a 20 ga. 6 shot when I need to penetrate leaves and branches.  Later in the year, when there's not so much in the way, I go to 7 1/2 or 8 shot. Bear hunters are out in the same area using dogs to track the bear.  I stop and talk to them all the time and see their dogs occasionally.  I have had no problems with their dogs and mine, but they are out there.  (Most wolf kills, to this point, that I've heard about, have been bear dogs.) It's very easy to get turned around in the woods.  Maintain your situational awareness, take a compass heading before leaving any trail, use GPS, mark the position you left the trail,  check the sun to help you find your way back.  You WILL get turned around when chasing after a flushed bird, especially on an overcast day!  Keep the big picture in your head. (This advice may seem funny right now, but you can be lost and only 10 feet from the trail. Don't step a foot off the trail without marking something to help you find it again.)  If birds are tough to find, find a stream and walk up one side of it, right along the edge of the Alders, cross over and some back down the other side. Don't take a shortcut, unless you KNOW there is not a muskeg swamp between you and your destination.  The Forest Service office is in Park Falls- they have lots of good maps.  Buy a Gazetteer for Wisconsin (a map of the state) that shows the public land areas. 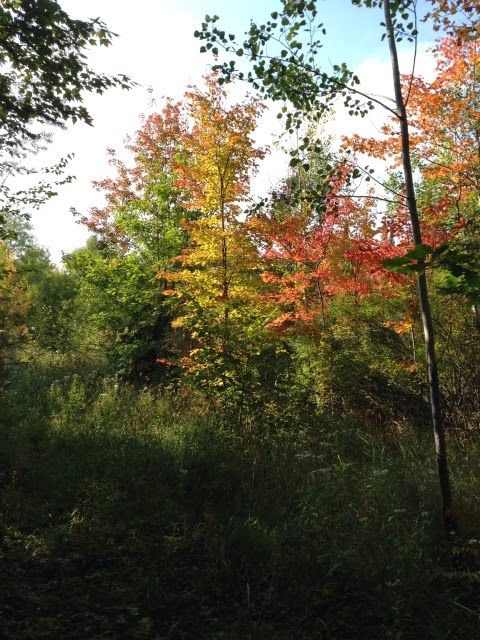 If you really want to hit it early in the season, you'll have some great walks in the woods interrupted by some great action lasting less than a second.  The color I saw was magnificent and I spent 5 days total in the area and would have stayed another few days, but my kitchen pass expired.  I turned the Beast south and headed back to the Georgia September.  To my mind, Ruffed Grouse hunting in the Northwoods is the most challenging bird hunting there is in the U.S. (Chukar hunters may dispute that call.)  It takes a special dog and a unique hunter to make the perfect team to hunt Thunder Chickens.  If you think you can do it, head to the Chequamegon National Forest in Wisconsin.  And, I recommend waiting until the second weekend of October.